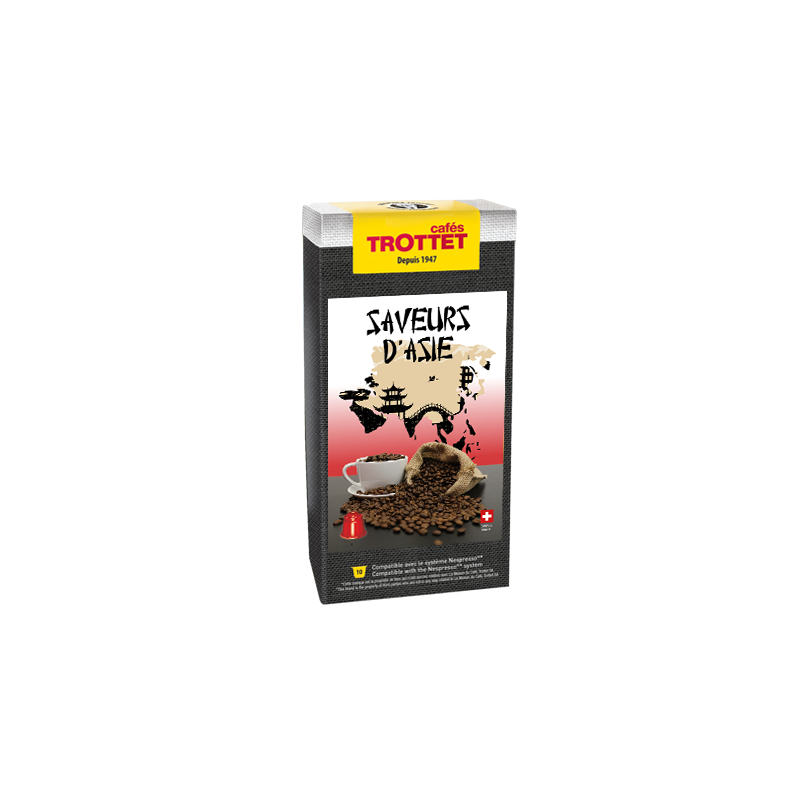 Let's dive into the heart of Asian Flavors with our Asian coffee made up of India, Nepal and Indonesia ...

Particularity of coffee of India

Coffee grows throughout the country, depending on the climate, which has to be adapted for coffee. Neither too hot nor too much rain: there must be a perfectly tropical and sometimes humid climate to accelerate the growth of coffee. However, 60% of Indian coffee production is in the South, where the climate is as variable as possible. The cultivation of coffee is thus very stable.

Coffee production is the basis of Indonesia's economy. Indeed, only a few years ago, it accounted for 6% of world coffee production, which ranks Indonesia as the world's 3-4th largest producer after Brazil and Colombia. Initially undeveloped country, the culture of the coffee knew how to bring back big to the country, since the development of the country saw its growth explode since this trade. Indonesian coffees are particularly spicy, the producing country plants both Arabica and Robusta. High quality coffees typically grow between 1200 and 1500 m altitude from May to September each year. The most dominant aromas are clove, honey and orange.

No customer reviews for the moment.

Be the first to write your review!